How to speak English fluently [5 tips] 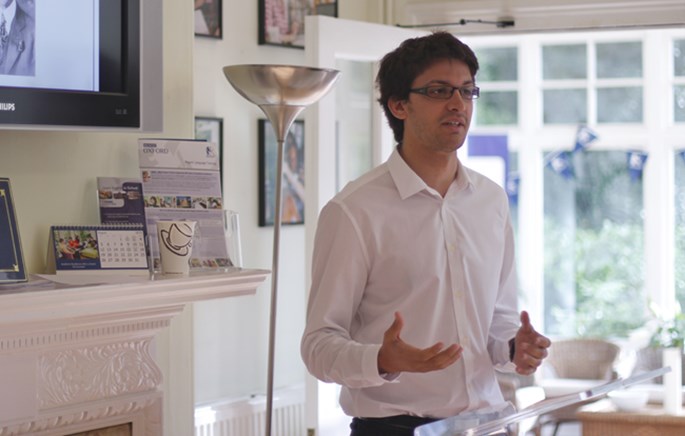 To speak English well and fluently follow these 5 tips: slow down; act confident; emphasise; practice; and keep going. Do these things and we are confident that you will be able to impress others with your fluency!

1. Slow down
A common problem among foreign language speakers can be to speak too quickly. It can be tempting to try and get our words out quickly but while it might feel good to get the words out, rushing your words can often lead to confusion and miscommunication. Instead of speaking quickly, slow down and keep what you say simple. To begin with it may make you sound slightly stiff or robotic, but if clear communication is your aim, then this will really help you. Over time and as you become more familiar with the language, try to speed up again to make your speech sound more natural.

3. Use emphasis
The same sentence, said with different emphasis has very different meanings.  The meaning of the sentence: ‘I didn't say she stole my money’ might seem clear to you, but if we add emphasis to each word in the sentence, the meaning changes quite dramatically.

Think about the point you want to make and use emphasis where needed to help clarify your meaning.

4. Practice
As the English saying goes, ‘Practice makes perfect’. If you want to do something really well then you’ll have to put in a lot of hard work, make mistakes and learn something from them. Use google translate on your phone - speak to it in English and see if google can write perfectly what you’re saying. And when you are practising don't think of yourself as a student - as someone who is learning the language. Think of yourself as someone who is using English - because you are!.

5. Keep going
If you make a mistake, keep going.  Understand that very few people, even native speakers, speak English flawlessly and we all make mistakes. If you get embarrassed or shy once you’ve made a mistake, this is probably what people will notice, not the mistake itself!  So keep going when you’re speaking English!