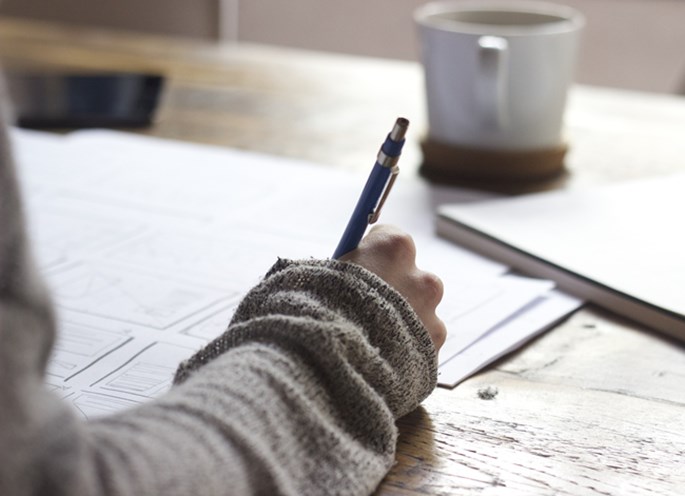 One of Regent Edinburgh's talented students, Martina Bertoletti from Italy, recently watched Ken Loach's award winning film, I, Daniel Blake and was so interested in the film that she wrote this stunning review.

“I, Daniel Blake” is the title of the latest Ken Loach movie and it’s also the winner of the Palme d’Or at Cannes Film Festival 2016. The British director Ken Loach is well known for his socially critical directing style and he has succeeded once again in creating a powerful film about the profound injustices of life.

The movie is set in Newcastle and the protagonist is Daniel Blake, a middle-aged carpenter, majestically played by Dave Johns. Having suffered a heart attack, Daniel is deemed unable to work by his doctors and so he has to apply for sickness benefit. However, because his heart attack doesn’t stop him lifting his hands above his head he fails to qualify for the support allowance and so this leads Daniel to great financial difficulty. But in his battle against the absurdities of the British welfare system, he is not alone; indeed, he befriends Katy, a single mother who is facing her own struggles to feed her two children and who is played by the talented young actress Hayley Squires.

Loach’s movie is a fierce attack against the grinding and chaotic mechanism of British bureaucracy and the government’s lack of focus on helping those in need. However, in this grey and bitter tale we can still see some rays of light. In my opinion, the real heart of this movie is the friendship between Daniel and Katy, which is none other than the love of humanity, the solidarity between the victims of the same oppression.

I’d like to recommend this film because it’s different and that’s because it doesn’t try to be enjoyable. On the contrary, it’s a disturbing movie which shocks the audience with its powerful realism. The direction doesn’t want to win over the audience with great or spectacular images but everything in the film reproduces the poor reality of the weakest people.

Ken Loach, once again, is able to depict this struggle and the suffering of the working class. “I, Daniel Blake” is the voice for those who aren’t allowed to be heard and for this reason we should thank the British director and hope that others like him will have the courage to denounce the injustices of our world.