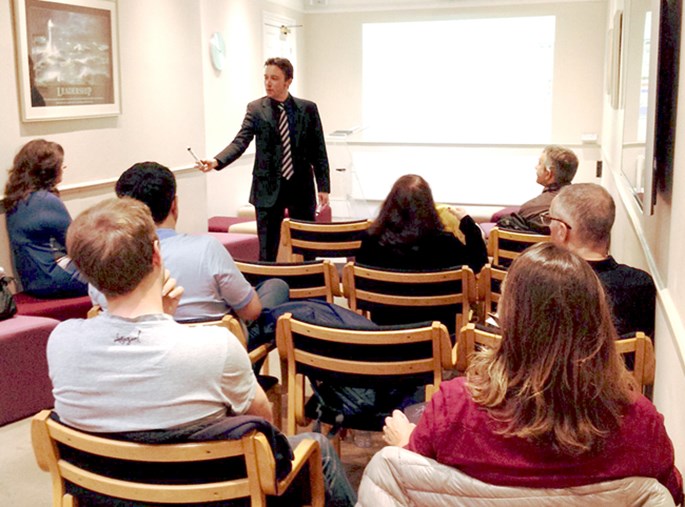 May 17th marks world telecommunication and information society day. A day which we can use to consider the role of technology in modern life. Technology is constantly changing and evolving, and as a result so does the vocabulary used to describe it. This can have a huge impact on our learners who may need to use their English for work or further education where specific vocabulary may be required. As such, we took the opportunity this week to explore the idea of telecommunications and information technology further.

Our students have been discussing one of the week's big news stories - the cyber attack affecting computers worldwide, and notably in the UK, the National Health Service (NHS). The NHS in the UK is no stranger to viruses of epidemic proportions, the MRSA superbug of recent years proved deadly in the UK. But on Friday the NHS was faced with a different kind of infection, a digital bug designed to hold the organization to ransom, a program known as ransomware.

What is so alarming is how quickly this virus was able to spread, not only in the UK, but around the globe. It is suspected that this particular piece of malicious software originated from the National Security Administration of the USA and is now being used by unknown materminds of cybercrime to attempt to extort money; using the electronic currency of the dark web- bitcoins; in return for data being held to ransom. The reason for this of course being the interconnecteness of computer systems by what is now the very everyday item in our lives the internet.

The 'accidental hero' of this story, IT expert and surfer (web and waves apparantly), Marcus Hutchins, who was able to halt the seemingly unstoppable spread of this new and dangerous cyber-weapon in the arsenal of cyber-criminals, from his bedroom, by identifying a 'kill switch' to stop the malware known as a worm. Timely perhaps that this saga should unfold in the week that the United Nations has it's World International Telecommunications and Information Society Day.

It has certainly provided a great deal of conversation and analysis in classes here at Regent London this week, as well as giving our social program trip to the Information Age exhibition at the London Science Museum an added dimension.

One particularly fascinating aspect of this is the notion of what linguist David Crystal calls internet linguistics, or what we could more sensationally term as- 'cyber-linguistics'. Indeed this affix itself is a good example of the emerging language of the internet age - cyberspace, cyberbullies, cyberwarfare, cyberweapons and cybercrime, or even, to coin the expression, 'cybergeddon'; this idea, as well as the morphology of software, to malware to ransomware, has been something we have been exploring in plenaries this week at Regent London.